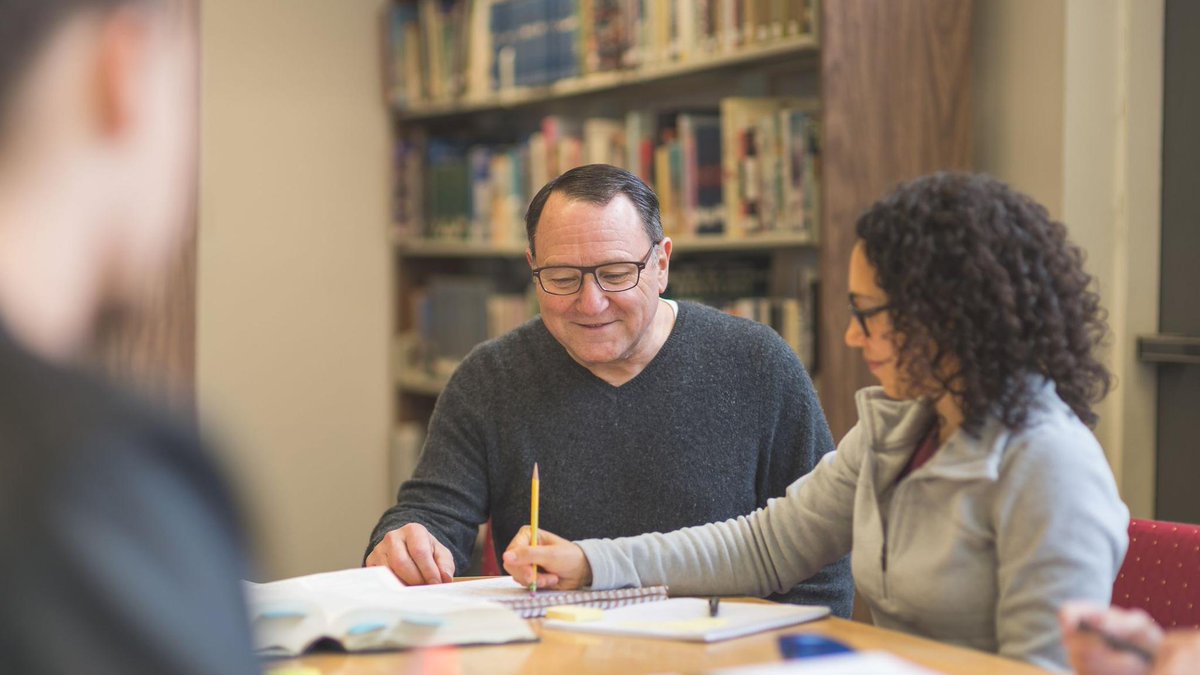 Before Duerr took charge of the school students were not allowed to bring phones to school. Any student caught sneaking a phone to school would be suspended. Duerr was forward-looking and wanted to encourage the use of technology as much as possible. Therefore, she nixed the policy and allowed the use of smartphones as classroom resources.

Duerr made it clear to parents that she expected them to apply to a tertiary institution before graduation and apply for student aid. Traditionally, most students who graduated from St. Paul never went on to college. Instead, they would take up timber and manufacturing jobs since they were in abundance and didn’t require a college degree.

Duerr also initiated an advisory program where students and teachers meet before lunchtime. The objective of these meetings was to assess students’ academic performance and help them navigate scholarship applications and online internships. The advisors would also provide them with food, formal attire for prom, and allow them to crash at their homes if the students were going through a difficult financial time. This let the students know that their teachers cared about them, and fostered a spirit of trust and cooperation.

Every Friday, “genius hour” replaced the advisory sessions. Students were allowed to pursue projects they were passionate about during the genius hour. Some of the most popular projects included looking for recipes online, practicing cooking exotic meals, and creating digital videos.

Daisy Dyer Duerr often uses the phrase, “no excuses, no limits” when asking students and teachers to strive for the best outcome. Not only does she say it, but she walks the talk. Her amazing career and awards in education are proof that the only limitation we have is our mind. Most often than not, the only thing standing between failure and success is one innovative idea and a little effort. Her work at St. Paul shows us that we can make education universal and accessible to all students regardless of their location or socio-economic background. As the world becomes more technologically advanced and old teaching and learning methods start to become obsolete, perhaps we can learn a thing or two from Duerr. Technology, expectations, and trust are invaluable instruments of success in learning institutions. When combined well, they help us achieve success sooner, rather than later.

Duerr Becomes a Do-er of Good in the Classroom 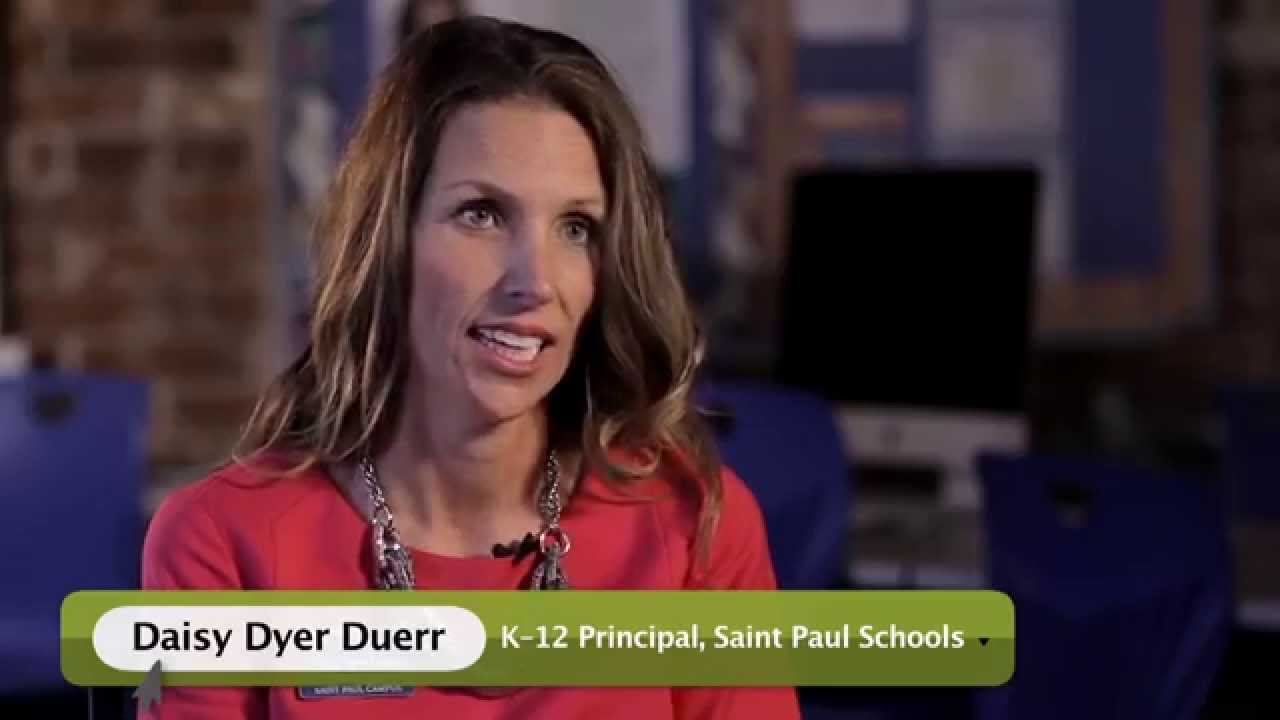 Duerr’s journey at St. Paul wasn’t exactly smooth sailing. When she first arrived at the school, there were ten new Macbooks sitting around unused for a year. The teachers had no experience using the devices and dared not touch them. Duerr helped change this by teaching them how to use the devices. As the teachers became more tech-savvy, so did the students. Another challenge Duerr encountered after taking over St. Paul School was mistrust. Duerr grew up in a different town and many people saw her as an outsider. The community was not very fond of outsider principals because they had a culture of sticking around for a short period then leaving. But Duerr was nothing like the previous short-lived principals. She ended up leading the school onwards to success without any excuses.

Within a year Duerr was able to win the hearts of all the skeptics. She unpacked the unused Macbooks and procured grants to buy more iPads and improve the school’s internet connectivity. Shortly after, Duerr hired Sabra Eaton to help teach computer skills. At the time, Sabra Eaton was a computer teacher in Fayetteville, Arkansas. Her new job at St. paul involved teaching students how to use software such as photoshop. Duerr also tasked Eaton with helping teachers with technology in the classroom.

Hiring Eaton proved to be a wonderful decision. Later in the year, the iPads arrived and Eaton and Duerr installed a couple of teaching applications (not unlike those used in long-term care capacities). They conducted a one-day tutorial on how to use the new devices and allowed the teachers to take the iPads home all summer, together with iTunes Gift Cards for installing more apps. They encouraged the teachers to play with the gadgets whether for personal or professional use.

In the following 2 years, through economizing and acquiring more grants, St. Paul increased their broadband and acquired more devices including Nooks, Chromebooks, and Netbooks for reading. Teachers and students used tools like Google Docs for real-time editing and collaboration, as well as other apps such as Kahoot for developing game-based quizzes, Google Classroom for creating and reviewing assignments, and Newsela for scheduling current-events classes.

To foster a technology culture, Duerr encouraged the teachers to discuss technology glitches and triumphs during every staff meeting. If any technological issues came up that Duerr or Eaton couldn’t solve came up, Duerr would reach out to tech-savvy educators on Twitter for help.

The same combination of technology, expectations, and trust became successful with the students. For example, every week students were required to review an educational app and learn more about it. The suggestions included a virtual frog dissection application, Evernote as a project planner, and Edmondo for class forums.

Who is Daisy Dyer Duerr? 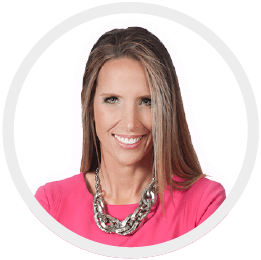 Daisy Dyer Duerr is an experienced educator, consultant, keynote speaker, and innovator renowned for her work in the professional motivation and speaking industry. Duerr is a highly skilled media & communication professional with an EdS (Educational Leadership) from Arkansas State University. She also holds a Bachelor of Arts (History), and a Master of Education (educational leadership & Administration). Her areas of expertise include classroom management skills, social media for the classroom, adult education, classroom teaching strategies, educational technology, and is the founder of the weekly Twitter chat #ArkEdChat.

Reputed for championing education in rural Arkansas, Daisy Duerr is a person who gets things done. She is passionate about technology, and her ability and determination to get things done have made technology accessible to rural schools, creating unprecedented educational opportunities for students. In 2014, she won the NASSP Digital Principal Award and also made it to the finals of the Bammy! Award. Duerr’s work focuses on improving the education of all students regardless of their location or socio-economic background. She helped turn around two schools that were later recognized by ICLE as “model schools”. In 2015, the Arkansas Times named Duerr as one of the leading 20 innovators in the state. The same year Lyon College named her as a Distinguished Alumnus due to her contributions to the field of education. Duerr attended Lyon College from 1993 to 1997, where she studied history on a basketball scholarship and honed her leadership skills by serving as treasurer of the student council and vice president of programs for Alpha Xi Delta.

Daisy Dyer Duerr started gaining nationwide attention during her time as principal of the St. Paul School in Huntsville School District. As principal of the St. Paul School, Duerr worked with the students, staff, and community to promote academic development. By 2013, She was able to move the educational institution from the “needs improvement” category to making them one of the most outstanding schools in Arkansas. Duerr played an instrumental role in this transformation by procuring multiple grants to improve the school’s technology infrastructure. As a result, St. Paul School’s students had unprecedented access to global education through technology.

When Duerr became principal of St. Paul, the school was going through a rough patch with falling enrollments and lackluster test scores. The State of Arkansas was on the verge of taking over the school. Four years after Duerr took charge, St. Paul School was brimming with technology and became one of the best schools in Arkansas.

Between 2010 and 2014, the number of St. Paul students scoring advanced or proficient in statewide assessments increased from 54% to 88% in mathematics and from 59% to 79% in literacy, leapfrogging the state average.

Technology-inspired school turnarounds are very challenging. How did a small unknown school hack it? According to Duerr, who used to oversee over one hundred junior high and high school students and a similar number of elementary school students, success depended just as much on increasing computers and connectivity as it did with fostering relationships of high expectations and trust. Technology allowed St. Paul school to connect with the world, collaborate with educators from across the country and personalize learning for students, resulting in significant academic gains. Duerr’s dynamic leadership nurtured a culture of innovation, making the technology even more powerful.